Two online assemblies were conducted for the entire school titled ‘the 1857 Mutiny’ and ‘ the Quit India Movement’ on Aug. 12 and Aug. 14 through Zoom respectively.

Both the assemblies began with the national song Vande Mataram as the prayer and were a mix of theme-based talks given by Manjula Ma’am and Mithu Ma’am, interspersed with lively videos made with student participation. On Aug 12, two videos were shown. The first one was a group recitation by Class 5 students of Subhadra Kumari Chauhan’s famous poem ‘Jhansi Ki Rani’. The second video showed our Nursery children wearing traditional and regional dresses, some dressed as freedom fighters and some as eminent Indian personalities. The Quit India assembly video showed the Class 5 students shouting out slogans given by famous leaders during the freedom struggle.  All videos had patriotic songs sung by our own students, in the background. Both assemblies ended with the National Anthem.

The flag was hoisted in the school on 15th August at 10 am by Mrs Anu Behl Roy. The ceremony was attended by a few teachers and Didis and Bhaiyas,  maintaining social distancing norms. This was followed by an informal and enthusiastic singing of patriotic songs. The spirit of patriotism and nationalistic feeling permeated throughout the assemblies and the flag hoisting ceremony. 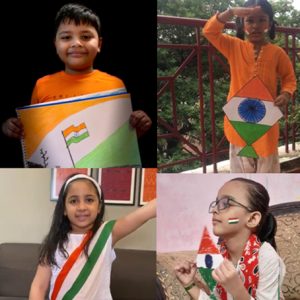 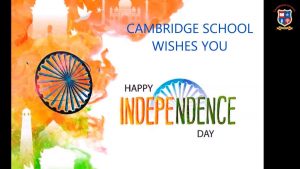 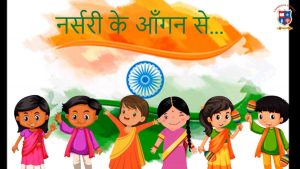 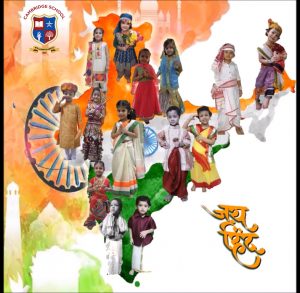 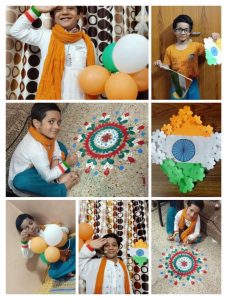 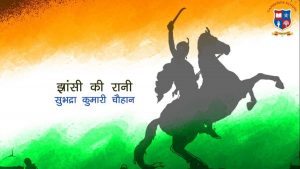 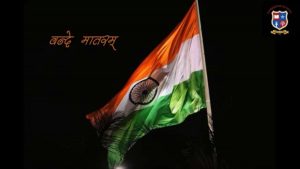 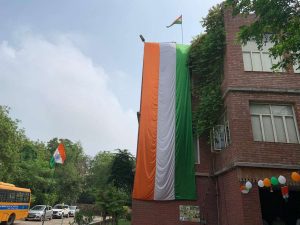 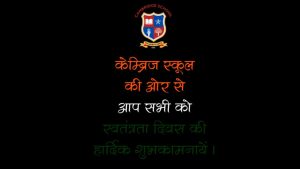 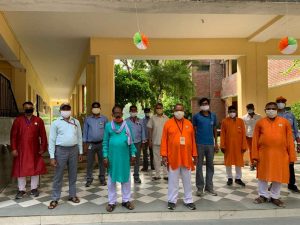 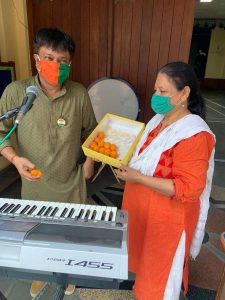 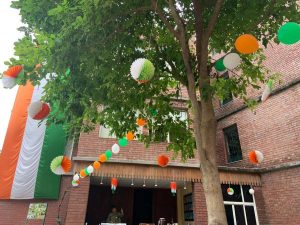